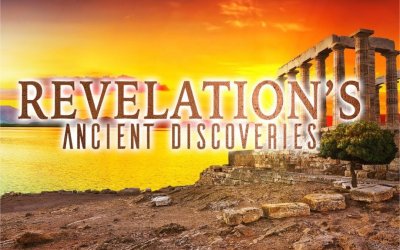 Continue shopping “7) Sunshine – Secrets To Wellness Online by Teenie Finley” has been added to your cart.

This six-course study program, taught by Pastor Mark Finley, explores the great prophecies of the Bible, mysteries and symbols in the book of Revelation, to reveal God’s plan for your future, the earth, and how its intimately connected with the kingdom of heaven. Twenty-six (26) lessons/topics structured in six (6) FREE online courses.

Perhaps no other book in the Bible fascinates people more than Revelation. Yet relatively few people have studied the book. Revelation’s Ancient Discoveries Online with Mark Finley is an intriguing and inspiring six-course study program, offered for FREE, on HopeLive365 Online University. This six-course study program explores the great prophecies of the Bible, revealing God’s plan for our future and how its intimately connected with the kingdom of heaven. Twenty-six (26) lessons/topics structured in six (6) FREE online courses.

Discover what the mysterious symbols and images of Revelation mean and see how Revelation is more than an apocalyptic vision of the “end times.”

Over 26-hours of instructional videos plus the companion study guides for download, from International Evangelist Mark Finley, are available in six (6) inspiring and exciting FREE online courses in HopeLive365 Online University’s course catalog. Now you can study the book of Revelation on your own time and pace, alone or with your study group(s).

You would want to complete these courses and receive the blessing promised in Revelation 1:3, “Blessed is he who reads and those who hear the words of this prophecy …”

As the closing passage of the Bible, the book of Revelation is both intriguing and significant, containing topics and themes that shouldn’t be neglected. Filled with symbolism and strange creatures, it can be overwhelming. Is the book of Revelation relevant to us today? Emphatically, Yes! Revelation is the only book of the New Testament that is entirely prophetic. The book is especially applicable to those who will live through the last stages of earth’s history. It reveals that throughout the history of the human race and the world, God retains control and provides the assurance of final victory for the church and the people of God.

In this six-course series you will:

This course does not have any sections.
Create your own review
HopeLives365 Online University
Average rating:   0 reviews